CPaaS and UCaaS Compared and Explained

What's the difference between CPaaS and UCaaS? We explain the advantages of both types of service and describe how OnSIP neatly fits into both categories.

We’ve covered the basics of CPaaS before, but we wanted to tackle it again and focus on another aaS term: UCaaS. Are they basically the same? Are they drastically different but only to developers and not the person researching new VoIP providers?

To help explain the differences between CPaaS and UCaaS, let’s zoom out for a moment.

IaaS vs PaaS vs SaaS

Infrastructure, platform, and software as a service look neatly compartmentalized in the pyramid above. And there are certainly many service offerings out there that definitively fit into one or another. More often than not, services blur the lines between two if not all three of the sections. For example, Amazon Web Services (AWS) is strongly in the IaaS space, but they cross over into PaaS as well.

To figure out which area your business falls into, take a look at your team and resources. Building, hosting, and maintaining communications infrastructure requires quite a bit of capital, which is why many companies opt for IaaS or PaaS providers. In simple terms, you can group the three by which people use it:

Do I Want UCaaS or CPaaS?

Unified Communications, or UC, refers to all of your communication tools—voice, video, text—neatly collected into a single package. UCaaS fits mostly into the SaaS sphere. Companies can choose their UCaaS provider and sit back, knowing that the technical side is covered by the UCaaS provider.

OnSIP has excelled in the UCaaS space for years. Our app offers voice, video, text, voicemail, reporting, and more—all in one interface. We also handle the platform upkeep, so our customers only have to plug in their phones. With our WebRTC innovations, we’ve even expanded past simple plug and play. OnSIP sayso is a browser-based communications widget, not unlike chatbots you often see pop up when first visiting a company’s website. Unlike chatbots, however, sayso is entirely focused on human-to-human live chat: It's a communications tool that marries the convenience of live chat with the warmth of conversation. With sayso added to the platform, OnSIP continues to push the boundaries of UCaaS excellence. 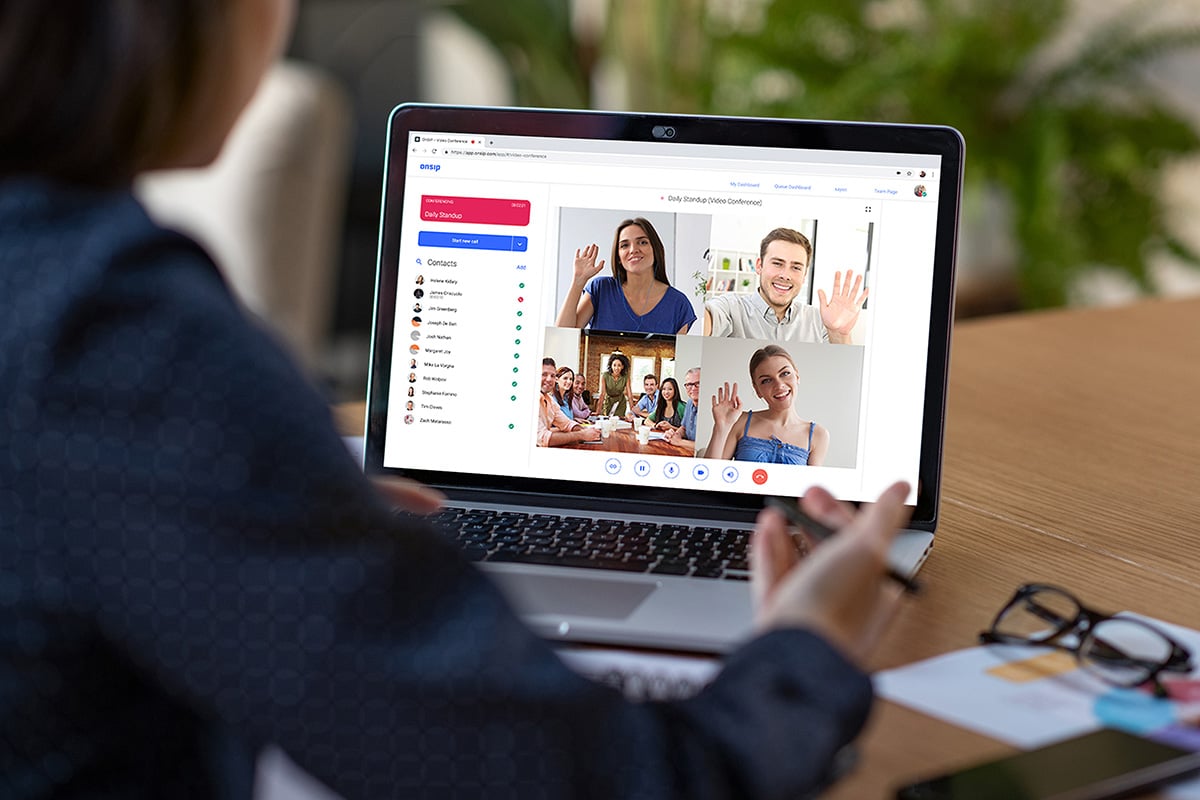 Communications Platform as a Service, or CPaaS, dives into PaaS territory. Because we built the OnSIP platform from scratch and developed our own JavaScript library, SIP.js, we also cater to businesses with their own dev teams. Using our platform as a springboard, developers at other companies are able to build on top of the base communications infrastructure. That way, they can focus on growth and innovation without having to create and maintain the initial real-time communication (RTC) building blocks.

Which option is best for you involves any number of factors, but the easiest line to draw is this: Are you building your own apps or not? If no, great! Stick with UCaaS. Building your own tech but aren’t about to shell out for in-house servers? CPaaS is your friend. When it comes to which CPaaS provider to choose, well, we have you covered there too.