What is E911? E911 stands for Enhanced 911, and it’s the part of the 911 system that automatically ties a location to the call—whether it’s a specific address or coordinates.

If we had to explain enhanced 911 (E911) in five words or less, we’d tell you that it’s location services for 911 calls. Fortunately, we have an entire blog post to elaborate because E911 is an important concept to understand if you use VoIP. E911 stands for Enhanced 911, and it’s the part of the 911 system that automatically ties a location to the call—whether it’s a specific address or coordinates.

The history of the 911 system is many-layered and filled with acronyms. We’ll do our best to keep it simple and to the point for you in this post. We’ll explain how regular 911 emergency calls evolved with advances in calling technology (like mobile phones and VoIP), some common misconceptions about E911, and how to set up E911 with OnSIP.

The Evolution of 911 Emergency Calls and E911

When the 911 system was initially implemented, no one had iPhones in their pockets, let alone VoIP systems. Phones were tied to landlines, meaning the address associated with each line was definitely the location of the call. Local carriers keep a database of linked phone numbers and physical addresses, which all local PSAPs can access. What’s a PSAP? It’s a Public Safety Access Point, where dispatchers handle all emergency calls.

When someone calls 911 from a landline, the dispatcher sees the phone number and associated address, and that’s how she knows exactly where to send emergency responders.

The invention of and subsequent surge in popularity of mobile phones threw a wrench into this system. Sure, mobile phones have a billing address associated with the phone number, but the point of a mobile phone is that it can be transported anywhere. How does the call end up at the right PSAP? Where would the dispatcher send the emergency services?

Mobile phones can be located either through the device’s GPS receiver or through radiolocation, usually by triangulation between cell towers. GPS chips are getting more accurate in phones, but the technology is still not as precise as knowing the specific address associated with the telephone number.

When someone calls 911 from a mobile phone, the wireless network has to provide their coordinates to the PSAP. When E911 was first established, the FCC stipulated that networks had six minutes to give the caller’s latitude and longitude within 300 meters.

Like with cell phones, the increased geographic flexibility that makes VoIP so enticing also makes a call more difficult to locate in case of an emergency. VoIP providers enable E911 by having customers set a physical address to show up when they dial 911 on their VoIP device. You can update this location if you move offices or work from home. 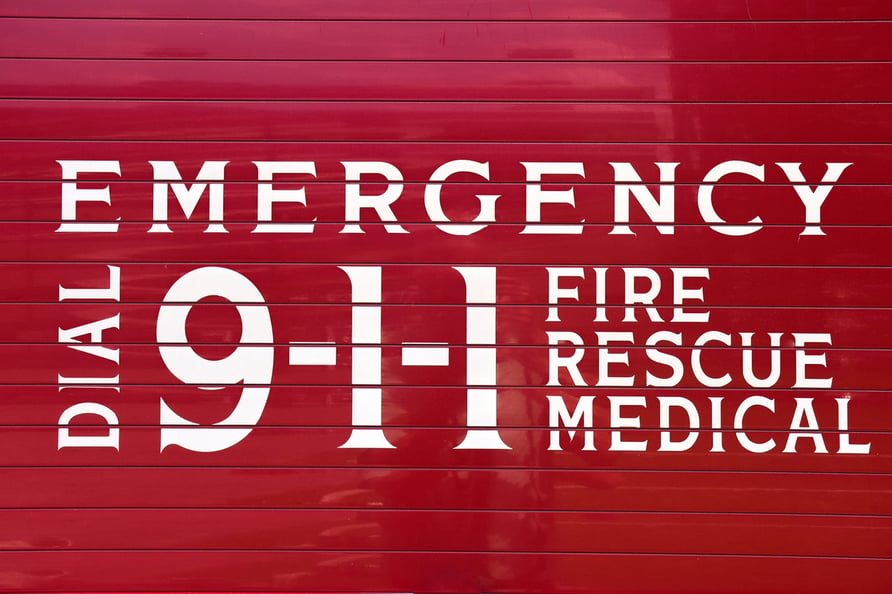 The infrastructure of the 911 system and the concept of VoIP technology do not mesh well at first glance. Not too well at a second glance, either, but there have been multiple improvements by VoIP providers as well as legislation introduced by the FCC to create functional workarounds.

In 2005, the FCC demanded that all VoIP providers give their customers reliable access to emergency services. Location aside, a 911 call first has to work. The 911 system was developed for landline phones, meaning it’s accessed through traditional phone companies. Because these companies and VoIP providers are direct competitors, telecom giants have been known to impede or outright block access to the 911 network.

The 2008 New and Emerging Technologies 911 Improvement Act aimed to alleviate this situation. It required operators to allow 911 calls from VoIP customers, no matter their phone service. Some third-party service providers enable VoIP customers to connect to the 911 network.

At OnSIP, when you enable E911, there’s a small per-user pass-through charge from our E911 provider; you decide whether you want it and which users will have it. Usually, it’s all or nothing, but the choice is still yours. However, if you don’t enable E911, the call won’t connect.

VoIP providers enable their customers to set a physical address for each user. This is the address that appears to the 911 dispatcher. The addresses in your system are visible to everyone, but if you have employees who work from home, they might not want to broadcast their home address to the entire organization. At OnSIP you can designate private locations for emergency responders as well as shared ones.

Theoretically, tying a physical address to your VoIP device is better than not, but the reality is that we’re constantly moving around. If you step outside of the office for a meeting, for example, the set address doesn’t repopulate with your current location. Should you have to call 911 from the subway or a taxicab with your VoIP phone, the address will still be the one you wrote into the system. Or you may have mistyped your address, and emergency services show up to the 20th floor of the building next door, not to your office.

E911 works best with a single address unmistakably tied to a phone number. This worked in the early days of E911, but modern technology has far outpaced the system. Fortunately, Next-Generation 911 aims to update the 911 system for our wireless society.

Already implemented in several US states and parts of Canada, it’s an IP-based 911 system that allows the public to send texts, video, and other data to emergency services rather than only make voice calls. It harnesses WiFi, Bluetooth, and other geographic information systems to more accurately locate people. Additionally, it will update how calls are routed so that no emergency goes unanswered.

There is no such thing as an E911 chip. It’s not in your phone tracking your location or sending data out to the ubiquitous “they.” E911 is a system, not a device. Concerns about the E911 chip cropped up in the fall of 2018 after we received a Presidential Alert on our phones. Contrary to popular belief, the President isn’t the source of Presidential Alerts; the Wireless Emergency Alerts (WEA) system is. The WEA is the same one-way service that alerts us to Amber Alerts or weather emergencies. Unlike the latter two scenarios, which only go out to affected areas, Presidential Alerts are sent simultaneously to the entire country.

Another common misconception is that the GPS in your device is transmitting data. Like the  WEA system, GPS is a one-way service. GPS on its own only receives information; it doesn’t send it out. GPS receivers listen for satellites and determine your position based on which satellite it heard first. The security issues come into play when the GPS receiver is also in a transmitting device that can send out your location.

Now, the two are clearly related since GPS is the most precise way of locating an emergency caller on a mobile phone. The E911 system was developed as mobile phones gained popularity, and emergency responders raised concerns about their ability to find and help those in need. Unfortunately, the system has had its fair share of abuse by law enforcement, and challenges to cybersecurity are moving along faster than courts can keep up.

Cybersecurity and its myriad issues are major concerns to the modern consumer, as they should be. That said, it shouldn’t stop you from exercising your right to emergency services wherever you are in the United States. Hopefully, the ongoing overhaul to the 911 system will improve its functionality while also taking into account personal security rights.

What Is VoIP? A Comprehensive Guide to How Business VoIP Works
What Are Business Hour Rules? Send Calls to Different Destinations Based on Your Open/Closed Hours
Learn more about VoIP Fundamentals