Gizmo is Wrong for Skype 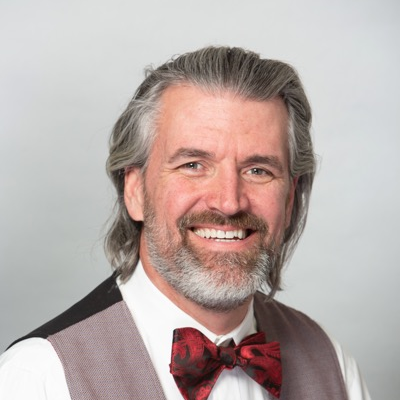 Thoughts on the recent buzz about Skype potentially purchasing Gizmo5.

Skype is rumored to be in talks to purchase Gizmo5, a SIP based alternative to Skype. If there is any truth to the rumor, the important takeaway is not who Skype is buying but rather that Skype is mulling the idea of ditching the proprietary Skype technology for the de facto VoIP standard, SIP.

To be fair, at Junction Networks, we are fairly biased in favor of SIP as the future of IP telephony. So much so, we even included it in the name of our hosted business service, OnSIP. Regardless, it seems pretty clear that SIP is the future of VoIP and Skype is probably going to have to make the switch to SIP. If the rumor is true, it's puzzling that Skype would go after Gizmo5, given there are other SIP capable providers with far more advanced capabilities and services; which would provide an immediate impact on the Skype suite of services. That aside (along with the current legal issues), if I were looking to position Skype for the future, I would choose SIP.

Changing the platform to SIP would open their walled-garden, allowing Skype users to use the service with one of many SIP capable phones or user agents and it would immediately garner the attention of the many SIP app developers. All of this can be done without diluting the Skype brand, their biggest asset. Recently Skype has made some in-roads into opening their service. They recently announced Skype for Asterisk. This added the ability for Asterisk users and service providers to create calls within the Skype network. It's not the total solution, but it's a step in the right direction. Until then, Skype was largely only able to call other Skype users. If a Skype user wanted to call an OnSIP user, they would have to use the Public Switched Telephone Network (PSTN), e.g. they'd have to use Skype-out to place a phone call. Due to Skype's closed network, two VoIP phone users have to use a 100 year old network to talk to each other. It's as if I needed to e-mail someone on Yahoo from my Gmail account, I'd have to go through the US Post office. That is exactly how Skype to SIP works today.

Making Skype a SIP platform would remove that obstacle immediately. There are SIP applications for the iPhone, Android phone, Windows and Mac. Polycom, Cisco, Linksys, D-link and many other manufacturers make SIP desk phones. SIP is everywhere and growing. By leveraging this market and allowing your customers to use any of these devices, you empower your users. Your customers no longer have to wait for you to come out with your new software to get that feature they've been waiting for. With SIP, any feature an end user is demanding is probably already out in the marketplace somewhere. Personally I've been shocked by how quickly Android customers were contacting Junction Networks to get OnSIP working with the Android-based SIP applications. As a business, Skype would do well moving to SIP for future development and support resources as well. Sure, there are quite a few Skype experts in the market, but there are, I'm sure, a few orders of magnitude more SIP experts, developers and technical support personnel. As a business, as they grow and develop more applications and services, finding abundant SIP resources will cut their time-to-market and will increase their ability to hire and train additional personnel. A Skype move to SIP makes sense and frankly is inevitable. It may be down to simply a make vs. buy decision. If it were me, a decision to buy would be driven by the opportunity to acquire not only a SIP platform, but also the chance to add advanced capabilities that Skype currently doesn't have.

What's Killing Phone Calling? What Can Revive It? Voice Chat?
Google, AT&T: You're Scaring Me